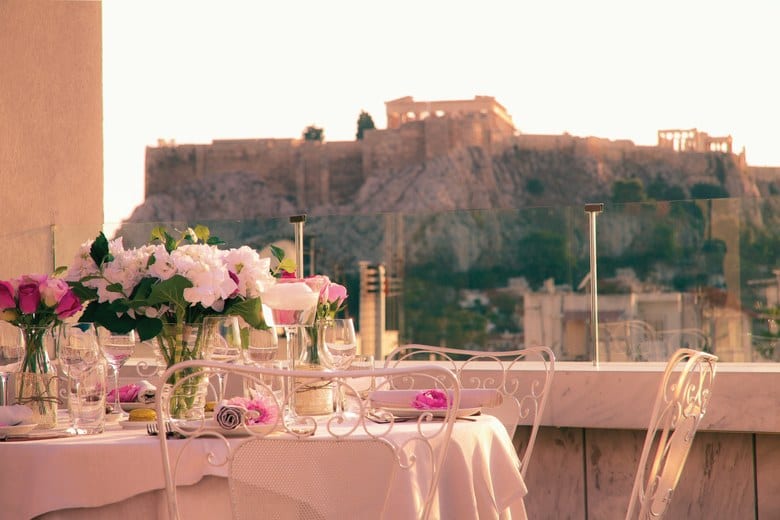 Why Downtown Athens Is Basically Brooklyn by the Sea

Published on September 5, 2017 by Triptelia Team

There is currently a marketing campaign for the city of Athens taglined “Speak Athenian. Be an Athenian”. This initiative is promoting the Greek capital through a hybrid vocabulary that creatively blends the past and present, evoking the eclectic and dynamic nature of modern-day Athens, from the city center to the coast. One of the catchy terms to come from the campaign? Hipstorical, an adjective described as follows: “An Athenian paradox: über-hipsters that fit right in around the 2,500-year-old Acropolis. History has never looked so good.”

And, in fact, more than just a clever marketing ploy, upon investigation, the idea of the Athens historical hipster rings true. For those truly in the know (and on the lookout), the labyrinthine streets in the area around the Parthenon—commonly known as the historical triangle—are becoming a sort of Brooklyn by the sea.

On the side streets near popular pedestrian promenade Dionysiou Areopagitou are two adorable showroom-slash-shops. Both are by appointment, so call or email before heading out.

Greece Is for LoversAppropriately conceived at the foot of the Acropolis hill and operational for a decade, Greece Is for Lovers proposes attractive contemporary products with a signature aesthetic that combines kitsch and luxe. Its pieces—many of them one-offs or in limited edition—are designed by Thanos Karampatsos and Christina Kotsilelou, and handmade by local craftsmen.

Daphnis and ChloeDaphnis and Chloe founder Evangelia Koutsovoulou works with scientists to analyze rare cultivars and test for essential oils, resulting in some of the finest-quality culinary Mediterranean herbs and spices on the market today.

While in the neighborhood, be sure to stop by Froots Juice Bar, a juice bar and vegetarian café with an adorable staff, colorful courtyard, and free WiFi, discreetly located one block from the Acropolis Museum.

NolanNolan, a recent newcomer to the Pláka neighborhood, serves metropolitan comfort food inspired by owner Kostas Pissiotis’s globe-trotting and Greek-Japanese chef Sotiris Kontizas’s passion for “real food that makes people happy.” Emerging architect Manos Babounis has combined classic materials such as mosaics, marble, and wood in a modern way to create a space that is both comfortable and elegant. The creative menu boasts Instagrammable specialties such as soba noodles with smoked salmon in tahini sauce; samphire with soutzouki (meatballs); langoustines and tuna; Nolan fried chicken; and a signature donburi bowl.

Takis BakeryOpen since the 1970s, Takis Bakery has been family-run for three generations and produces more than 50 varieties of Greek and international breads, cakes, and pies. Think: Greek sourdough, choriatiko (village) loaf, French baguettes, koulouris (sort of like a Greek pretzel), and dark Bavarian rye bread. For sweets, try the lemon drizzle pound cake, carrot cake, or the double-decker daily special. A cult destination in the Acropolis neighborhood, Takis gets extremely crowded on weekends and holidays. Be prepared to wait.

Drupes & DripsImmediately to the left of Takis, on a small one-block street, lies Drupes & Drips. Managed by one of Takis’s sons, Artémis, this atmospheric spot serves fresh juices and Redd artisan coffee in the morning, transforming into a cicchetteria from early afternoon, serving premium quality cold cuts and cheeses, organic Nissosbeer from Tinos island, as well as the requisite Campari spritz for the aperitivo purists.

Lotte Café-BistrotLotte owner Theodora Athanasopoulou is an actress by trade, but she opened this adorably anachronistic café, tucked away east of the Acropolis, as a side project a year and a half ago. Named after Goethe’s Charlotte in The Sorrows of Young Werther, the result is a cozy gathering place for the Athenian creative class, where jazz and swing music play while people spill out onto the flowery corner terrace, drinking organic Greek wine and signature cocktails and dining on traditional Greek pies, cakes, and sweets all homemade by Athanasopoulou’s mother.

BarrettBarrett is a new alt-rock bar on the border of the Monastiraki flea market and Psyri. There are different DJs every night, and the crowd is composed of artists and musicians who come for affordable drinks made with care, an interesting selection of beers, and good music in a minimal, industrial space. There is also a gallery upstairs, with new exhibits every month or two. Last month the owners opened Syd Records, a music store, right next door.

Couleur LocaleNestled in a quaint arcade in Monastiraki, Couleur Locale operates on multiple levels: There’s a ground floor inside the covered passageway that’s an easy hangout to munch on snacks, salads, tortillas, and coffee; the 3rd floor is open air—an urban haven by day, animated bar scene by night—with stunning views and an extensive cocktail menu.

Six D.O.G.SStanding for “six degrees of global separation,” Six D.O.G.S is a cultural entertainment center open day and night, inside and out. A pioneer on side streets near Monastiraki and Psyri, it has come to be a veritable hub for live music, DJs, and other performers, both local and international. In 2015, the founders launched Six D.O.G.S Records. The venue also coincidentally houses three resident dogs: Markos, Gilda, and Hawaii.

Ciné ThissionIt doesn’t get more authentic and picturesque than watching a film at this open-air theater in the lively neoclassical neighborhood of Thissio, next to the Ancient Agora. In operation since 1935, it’s one of the oldest outdoor cinema in Athens. If by chance you don’t like the movie, you will be placated by the view of the Acropolis. Try the owners’ special drinks and snacks—they are homemade, a detail that sets them apart from other outdoor cinemas in town. Athens at its finest.

New HotelThe New Hotel is a mise en abyme of creativity and resourcefulness. It is the latest property of the Yes! Hotels Group, and the first hotel designed by Humberto and Fernando Campana aka the Campana brothers, realized as a collaborative project with architectural students from the University of Thessaly. Under the initiative of renowned art collector Dakis Joannou (and the owner of the Yes! Hotels), the students worked with the Campana brothers to seek inspiration from Athenian culture, upcycle materials—including elements from the former Olympic Palace Hotel, the building’s previous tenant—and reinterpret modern design pieces (like those at prop house and ephemeral boutique Temporary Showroom. The common spaces and rooms showcase contemporary art from Joannou’s Deste foundation, including pieces by Jenny Holzer, Barbara Kruger, and Laurie Anderson. The overall result is unique. Locals flock to the rooftop brunch for a menu that caters to all tastes and dietary preferences, from vegan to paleo.

AthensWas HotelThis new luxury hotel at the foot of the Acropolis combines the monumental with the modern. Clean lines, simple structures, and natural materials like Greek marble and wood create an attractive aesthetic. The rooftop bar and restaurant provide stunning views of the Acropolis, the mountains, and the sea. This is Athens.