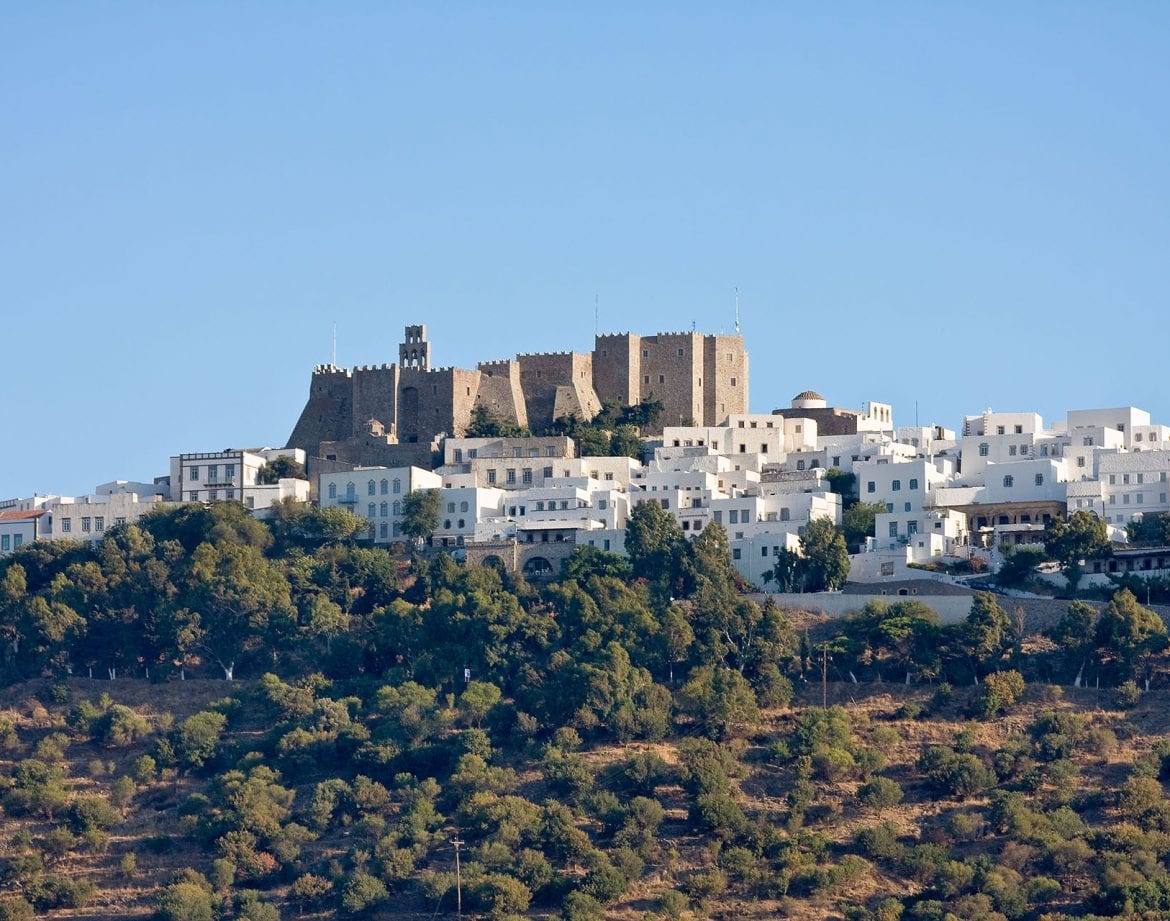 Travel: Greece – Island at the end of the world

Published on September 2, 2017 by Triptelia Team

St John the Theologian went to Patmos to write Revelations. And if you can find a ferryboat to brave the storms of the Aegean, you can go there too, writes Jill Dudley

Patmos, the northernmost island of the Dodecanese in the Aegean Sea, is where St John was exiled, and where the Book of Revelation was thought to have been written. It is not an island to be visited for its fish-and-chips and disco but for its great Monastery of St John the Theologian and its many churches.

The charm of Patmos is that there is no airport and, therefore, tourism is limited. A violent storm, and you find yourself suddenly marooned. To discover in the 20th century that modern technology cannot cope with all weather conditions and that no ferryboats are sailing is a surprisingly refreshing experience. For once you have time to spare.

To prepare yourself for Patmos by reading Revelations is to arrive seeing everything in poetic and symbolic terms. The sun shining on the window of the hydrofoil on its approach caused a rainbow ring, a positive halo, through which I first saw the monastery.

A halo? Nonsense. A defect in the glass. A full harvest moon that first night, partly hidden by streaks of dark cloud, reminded me of some ancient fresco of the Day of Judgement with devils of black cloud being scattered. Fanciful stuff – foul weather coming, obviously.

A bus every hour takes visitors from the port of Skala up the twisting road to Chora where the cluster of small, whitewashed houses prostrate themselves at the foot of the towering, crenellated fortress of the Monastery of St John the Theologian.

The monastery was founded by Osios (Holy) Christodoulos in l088. He was responsible, too, for the small Chapel of St Anne at the holy grotto half- way up the hill between Skala and Chora, where St John first heard the word of God.

It is possible from Skala to walk up an ancient, paved mule track to the sacred grotto, which is today incorporated into the Monastery of the Apocalypse. Its buildings look like a cluster of mushrooms on the hillside. Steep steps take the visitor down into the Chapel of St Anne and the grotto itself. There visitors can see the triple fissure in the rock (symbolic of the Trinity, it is said) marking the spot from which the voice of God came. Sixteenth-century icons decorate the rock face and icon lamps hang before them. Polished brass railings surround the ledge or recess where St John had laid his head to sleep, or put his pen, or placed his hands in prayer.

Regrettably, on my first visit I felt only irritation at the number of heads blocking my view. A tour guide was shouting out information and it appeared to me gross that everyone seemed so willing to go mad with wonder.

On my second visit I was luckier and arrived to find a service just over and everybody pouring out. Only a few monks and priests were left inside the grotto and I sat alone in the adjoining Chapel of St Anne where I was able to see the ancient frescoes and the icons. Incense hung on the air. Suddenly the small group of ecclesiastics in the grotto lifted up their voices in a short harmonious chant. At last I, too, felt wonder.

It is, though, the great Monastery of St John on the hilltop that attracts most visitors. Through the entrance you pass into an arcaded, cobbled courtyard full of terracotta pots of flowers. Vaulted passageways and narrow stone steps lead to the refectory with its ancient wall paintings, to the kitchen with its beehive ovens, or up to the ramparts for a panoramic view of the island.

The monastery’s museum contains a collection of monastic treasures: bejewelled crosses, chalices, rare illuminated manuscripts and Bibles. Exhibited also is a white marble plaque inscribed in ancient Greek declaring Patmos to be the loveliest island of the pagan goddess Artemis.

According to archaeological finds there were once many pagan temples on Patmos, suggesting that it was well populated in antiquity. On the site of the monastery itself stood a great temple of Artemis. In the fourth century AD it was replaced by a Christian church. Parts of both the temple and this early Christian building are incorporated into the present day entrance to the Katholikon (the main monastery church). Its cylindrical frescoed ceiling is supported by short, twisted marble columns.

Quite apart from the monastery, this is the place if it’s old churches you want to see. There are more then 40 in nearby Chora. Most are locked against those tempted to make off with their small icons but the keys are available on request. Meanwhile, if you’ve had a surfeit of churches you can wander to the part of town where majestic houses with arched windows reveal a short period of Venetian influence.

To get away from churches altogether on Patmos, there are tracks to be walked, coves to be explored and villages to visit. Lambi, for example, renowned for its rare coloured pebbles; or the beautiful bay of Kato Kampos with its tavernas serving fresh fish; or the wilder, isolated spot of St Nicholas Eudelos with its late-11th-century chapel (it is impossible to leave churches and history behind for long).

On the day I was there, black clouds were massing. Constant flashes of lightning on the horizon lit up the sky and there were ominous rumblings of thunder. These forebodings and boomings seemed only to emphasise the warnings of Revelations of the imminent end of the world and the need to prepare for the life hereafter.

Meanwhile, however, it was life in the present that had to be wrestled with. How to get off Patmos? Would I miss the return flight from Athens? I rather hoped I would. Certainly when the storms finally abated and the small port of Skala came to life again there was a feeling of excitement. But there was also one of profound regret that it was time to leave.

To reach Patmos, you could take a scheduled flight to Athens (see sample fares at the foot of page 2), get the bus to the port of Piraeus and take a ferry from there for around pounds 15 each way. Alternatively, you could find a charter to Kos, Mykonos or even Rhodes, all of which are closer to Patmos. 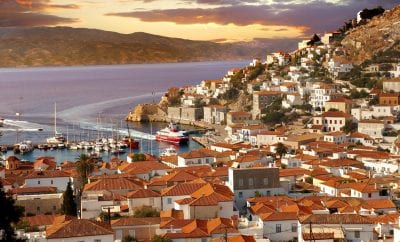 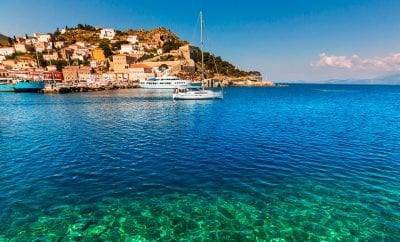 2 thoughts on “Travel: Greece – Island at the end of the world”