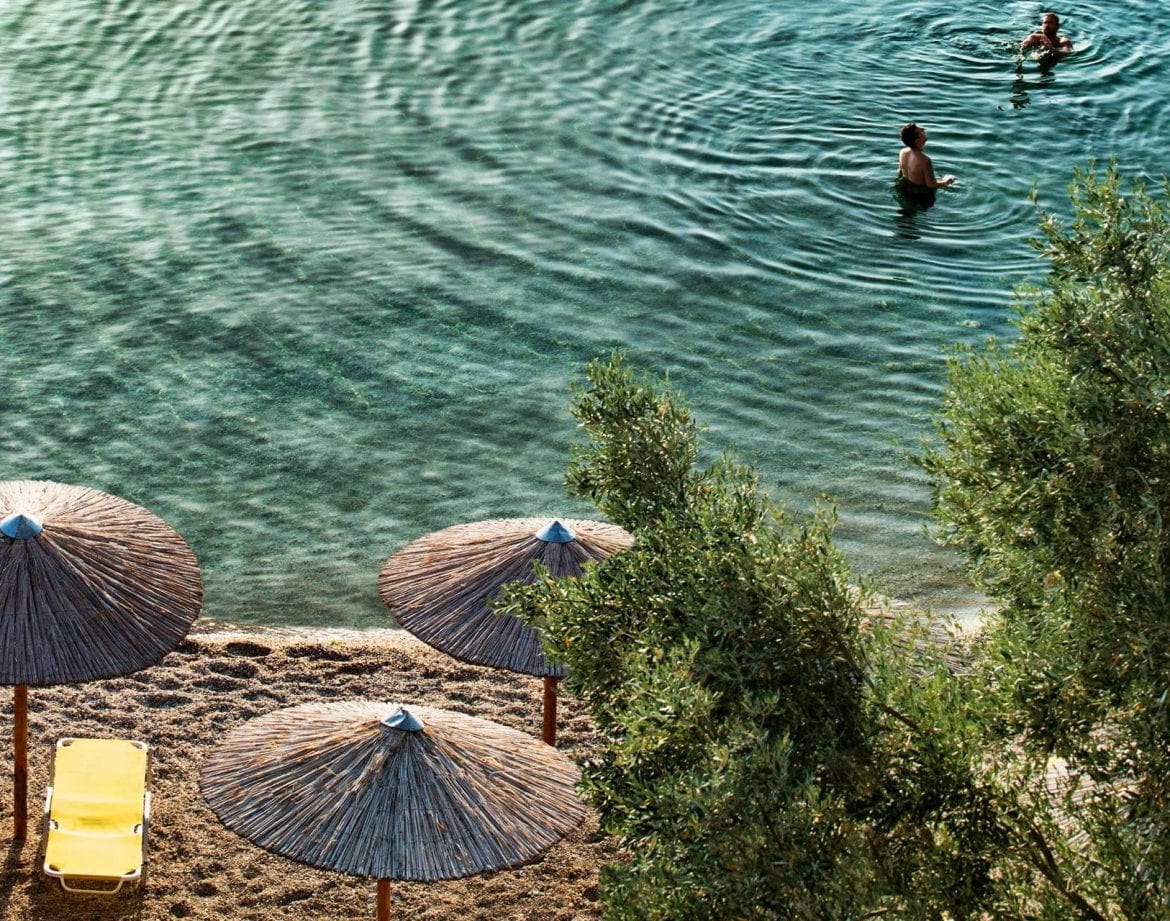 PELION – A PERFECT CORNER OF GREECE

Greece isn’t best known for its mainland; it’s the islands that always take the limelight. But make for Pelion and you’ll find a secret stretch of coast with sleepy fishing villages and deserted beaches, where the swimming is heaven and you can go completely off-grid

I USUALLY WANT TO GO SOMEWHERE to see something old or to party somewhere new.  But at the end of a month  in which I had been caught  up in riots in Istanbul and  revolution in Cairo, a month  when too many people  pointed guns in my face, I  wanted to go somewhere to  switch off. Somewhere all I would be obliged to do was swim, eat and sleep; where I wouldn’t have to see anything but the sun on a blue sheet of water or words on a white page.

I thought I knew Greece, but I had never heard of Pelion until friends told me about the simple stone house they were staying in, the perfect swimming, the unripened food, the joys of pine- and olive-covered slopes and deserted pebble beaches. When they went on about it as a forgotten corner of Greece, I thought maybe they were exaggerating. But they weren’t.

The peninsula pokes out into the Aegean and then bends back towards the mainland about halfway between Athens and Thessaloniki. The city of Volos and its port sit at the top of this huge bay, Mount Pelion towering above them. And a ridge of hills runs down from the mountain to the southernmost tip, its slopes as thick with chestnut forests and olive groves as they are with myths. Jason and his Argonauts sailed from Pagasae near Volos in search of the golden eece. The forested hills were home to the centaurs, half-man, half-horse, and in a cave on the slopes of Mount Pelion, the semi-divine centaur Chiron instructed Achilles before the hero went to war. This was where gods and mortals feasted together: it was at one of these that Paris was asked to choose the most beautiful woman in all the world, a conversation that led to the Trojan War. More recently, but still long ago, Christian monks came in search of retreat. Like the more famous Mount Athos, on the other side of Thessaloniki, Pelion is dotted with monasteries, some still thriving, some dating to the time of the Crusades. So if this place of respite and pleasure was good enough for gods and mystics, surely it would do for me?